So one of my friends keeps insisting that I post about me recently being married and moving to new york city. I’m gonna stray away from my normal writings and talk about it now. Here ya go. 😉

I’m a wife! I still don’t believe it when I say it out loud. I still call M my boyfriend sometimes. Whatever. Since we had a very small wedding, a lot of people we care about missed our ceremony. I’m making the assumption some of them want to hear what it was like. (Also if you’re looking for a cheap way to be married and still make it really beautiful, this is for you too, I guess?)

Because we were planning a move to nyc one week after we got married, we knew our wedding couldn’t be one of those huge ceremonies costing us thousands of dollars. I also knew a huge crowd would be overwhelming for me. The smaller and more intimate, the better. We thought about taking the courthouse route, but our county courthouse just isn’t pretty enough for me, so we opted for outdoor instead. In November.

We got married on the Blue Ridge Parkway at an overlook. We have a usual spot that we go to every year and it’s also where we got engaged. Unfortunately the sign for that overlook has been missing for a while and I forgot the name. So, yeah, I booked the wrong overlook. M just won’t let me forget it. 🙂 It was still really nice! (pics at the bottom of the post)

To use the parkway, you technically need a permit. To apply and actually receive the permit costs a total of $100. Government. Either way, a much cheaper option than a traditional wedding venue and it was a really nice way to celebrate the mountains we grew up in.

We found M’s jacket/coat thing at JCPenney on sale for $60. He already had the shoes, pants, belt and whatever else he wore.

My dress came from a local store and we bought it on a day the store was having a big sale. The seamstress from the store cut the train off and used it to make the top lace part of the dress, the V-back and the sleeves. I don’t know how to talk about clothes, if you can’t tell. The dress was the most expensive part of the wedding, costing a couple hundred dollars with the alterations, but it’s the only thing we splurged on! I had to feel pretty on my wedding day, right?

M’s cousin did my hair and makeup and she’s amazing and it’s nice to have people willing to help out. I bought a handmade flower crown online for $30. Found the shoes on sale at Kohls for $20. No additional accessories.

Wedding bands came from a local store and we got white gold to match my engagement ring and pretty much chose the cheapest option there was.

We didn’t spend money on flowers or anything because the parkway doesn’t allow flowers. Simple enough.

Some family was there and 5 friends and the ceremony lasted around 25 minutes. We didn’t have a reception. We used a traditional church ceremony, included a focus on how marriage is a reflection of Jesus, and we opted to pray aloud for each other instead of writing our own vows. Instead of having music, there was an open time for anyone in attendance to say something about our relationship and it was really beautiful to hear how much we were loved.

Our honeymoon was 5 nights in Charleston, South Carolina. Europe or somewhere “exotic” would’ve been fun, but we saved money on transportation by being able to drive instead of flying somewhere. 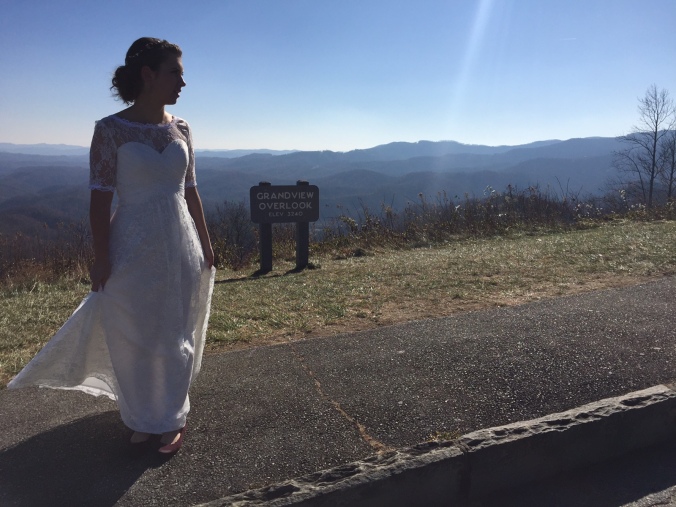 I barely noticed the view that day. I just looked at M. 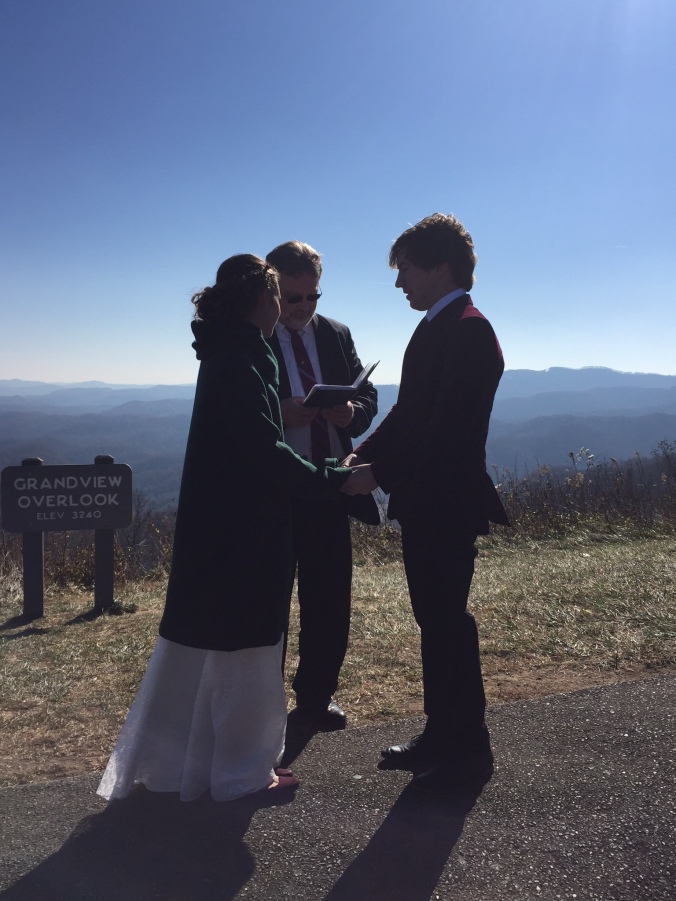 The only downside to me getting a permit to the wrong overlook was the higher altitude. It was super windy and I wore my coat the entire time. I’m sure we could’ve gotten away with using a different one, but I just couldn’t be a rule breaker. 🙂 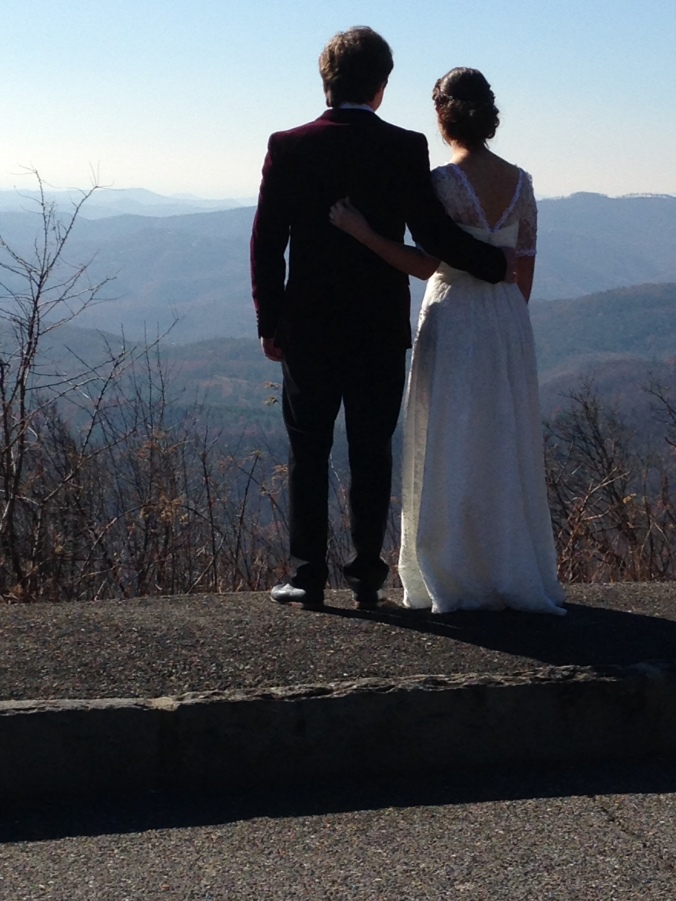 And as it worked out, our wedding day was also our 3 year dating anniversary. 🙂